Odyssey has slots in every NPL age group for the coming 2019/20 season! 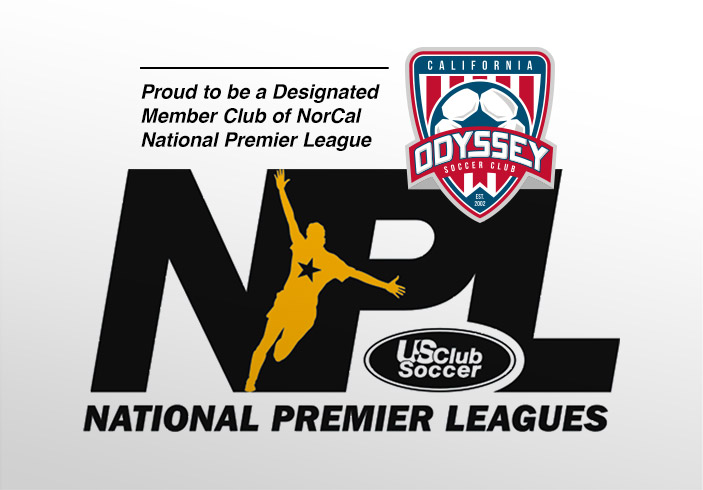 California Odyssey Soccer Club is one of the original members of NorCal's National Premier League. Odyssey has been a fully-fledged NPL designated club ever since, consistently retaining all its NPL slots over the last decade. Within Clovis, Odyssey is the only fully fledged NPL club in both the boys and girls side.

What is a Designated NPL Member Club?

The benefits of becoming an NPL club include:

Wild Cards are teams from non-NPL clubs and are still eligible to participate in the NorCal NPL by winning the State Premier Championship division (U14-U17), qualifying via the NPL Qualification League (U13-U17), or making the NorCal State Cup Finals (U13-U17) in the highest Cup division.

A club can be considered an NPL club in the following 3 ways:

New and current NPL clubs must meet the following criteria in order to remain or become an NPL club.