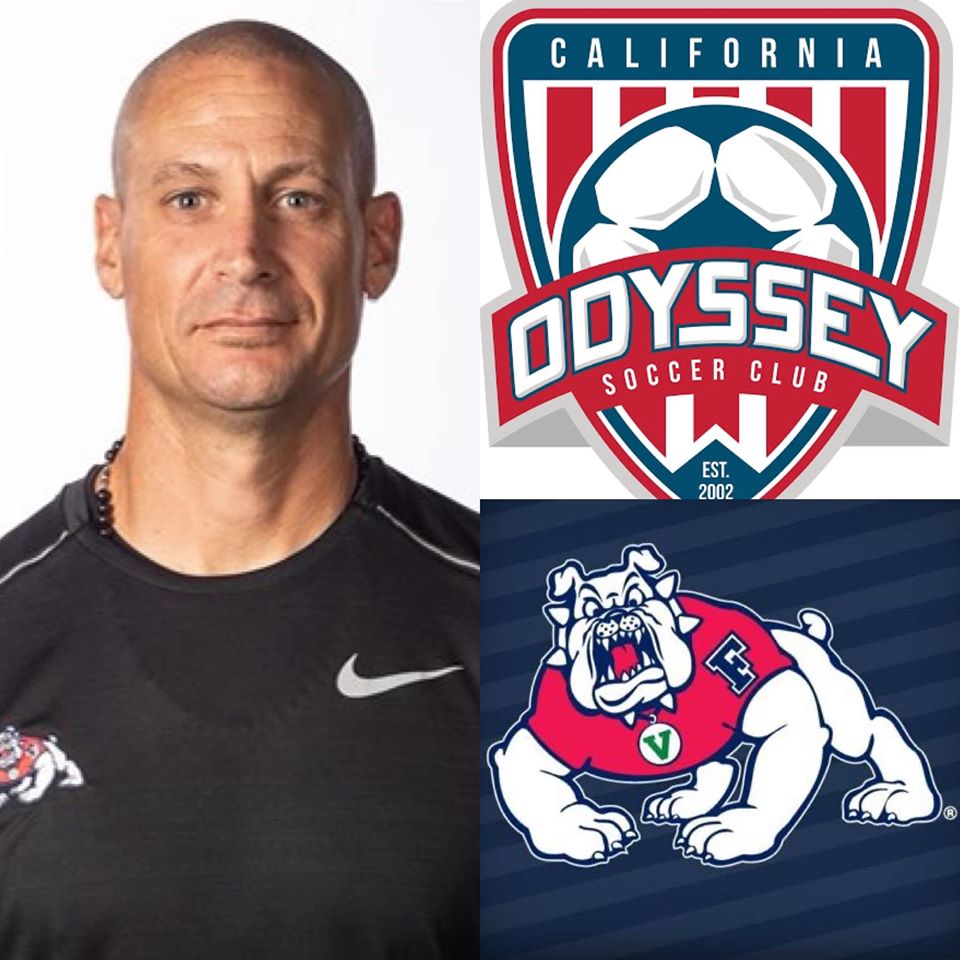 California Odyssey Soccer Club is pleased to announce the return of Daniel Brizard as Goalkeeper Director. Brizard has been the Assistant Women’s Soccer Coach at our very own Division I, California state University, Fresno. He has been active in the Olympic Development Program (ODP) since 1994 where he served as Goalkeeping Director for Rhode Island, and as a Region I Coach. In addition, Brizard was Head Coach at Tennessee Tech from 2010-2013.

Daniel Brizard has a USSF A Coaching License, as well as a USSF Goalkeeping License. Coach Brizard has served as goalkeeping instructor for the National Soccer Coaches Association of America (NSCAA) where he also received a Premier Diploma and National Goalkeeping Diploma.

Prior to coaching, he was a 4-year starter, and team captain on the men’s soccer team at Berry College where he earned his bachelor’s degree in Sports Performance/Exercise Science in 1995 and spent 2 years in the Navy.

“Coach Brizard brings a heightened level of knowledge, experience and passion in leading our goalkeepers, pushing them to strive for excellence, while preparing them for their next level of play. Daniel Brizard is the best goalkeeper coach in the valley and we are honored he has chosen our club to share his curriculum and talents with our members. His attention to detail and the little nuances of the position have made a huge difference in the development of our goalkeepers. The Board of Directors thank you Coach Brizard, keep inspiring and demanding excellence, and welcome back.”